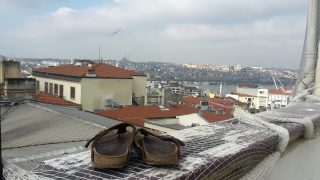 I hadn’t seen my ex Japanese flatmate in Sydney for a long time, as I had longed to see the city of Istanbul. Taking advantage of the fact that she was working in Dubai and that I was in Asia and I was returning to Europe why not meet us halfway in the Turkish capital?

Many travelers and several friends spoke enthusiastically about this city on the Bosphorus, suspended between two continents, Europe and Asia.

The idea of visiting this city has always fascinated me, imagining that it was a melting pot of thousands of different cultures. I met two guys from Istanbul many years ago and they described it as a city like the big European cities, as a lifestyle, job opportunities, cultural events, art, music, university education, etc. A city that precisely because of its moderate soul, where the Muslim religion had not resulted in extremism and people, especially young people, had freedom of expression, has suffered tremendous terrorist attacks in recent years and has harmful political personalities to the government for the country. It didn’t take much to fall in love with this city! Istanbul has not betrayed my expectations, a city full of history, architecture, art with tasty food with Mediterranean and Middle Eastern inspiration. An ancient city, but at the same time modern and young, with excellent universities and a widespread and efficient public transport system that can take you practically everywhere through the underground lines, funiculars, trams, buses, and ferries.

A city where you can breathe European and Asian vibrations, a city between two continents. It is magical to cross the city with its ferries, no matter if the sky and the sea are blue or gray … feel the water, the fresh air, the sound of seagulls, observing the unique skyline, aware that you can pass from one continent to another, it is beautiful, pure poetry. 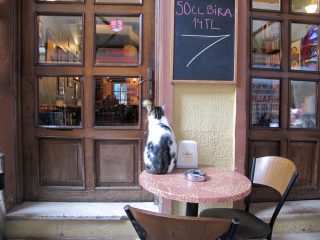 And then cats, walking through the streets of the city you can meet many cats and in excellent condition … The Turks love cats and all the inhabitants take care of them by giving them food and water as well as a place to sleep.

WHAT IS MY FAVORITE DISTRICT?

Kadiköy. Obviously the Asian and therefore east part of the city, this district is far from museums, hotels and shopping streets, a little more touristy, and constitutes a cross-section of Turkish daily life. It is in fact one of its most authentic areas and for this reason, I was fascinated by it. The Fish and Fruit and Vegetable Market that sells olives, spices, dried fruit, book and craft shops, boutiques, cafes, and Anatolian restaurants.

Karaköy. It is the historical core of Beyoğlu, district of Istanbul, located in the northern part of the Golden Horn, the inlet that separates it from the historical city center. Istiklal Caddesi is the beating heart of European Istanbul crossed by a tramway line which in urban scenarios is somewhat reminiscent of Milan. The part of the neighborhood that I prefer is obviously not that of shopping and opulent buildings, but that of the narrow streets with bars, restaurants, and ateliers of artists, boutiques, music, and book stores.

WHERE TO TASTE DELICIOUS DESSERTS AND MORE?

Şirin Fırın Bakery. An ancient and a little European style bakery where you can taste delicious desserts in addition to the local baklavas but also savory pies obviously drinking Turkish tea.

WHERE TO ADMIRE THE SUNSET WITH THE BEST PANORAMIC VIEW OF THE CITY?

Georges Hotel Galata. This place was recommended to me by the Turkish owner of the hostel where I was staying and it was a nice surprise. You will have to enter the hotel saying that you want to go to the terrace, once there, sit at a table, depending on your budget (it is not a cheap place) order something and enjoy a panoramic view of the spectacular and magical city. 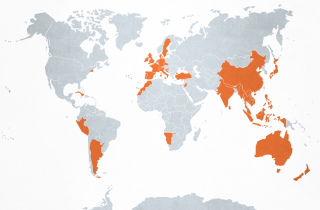